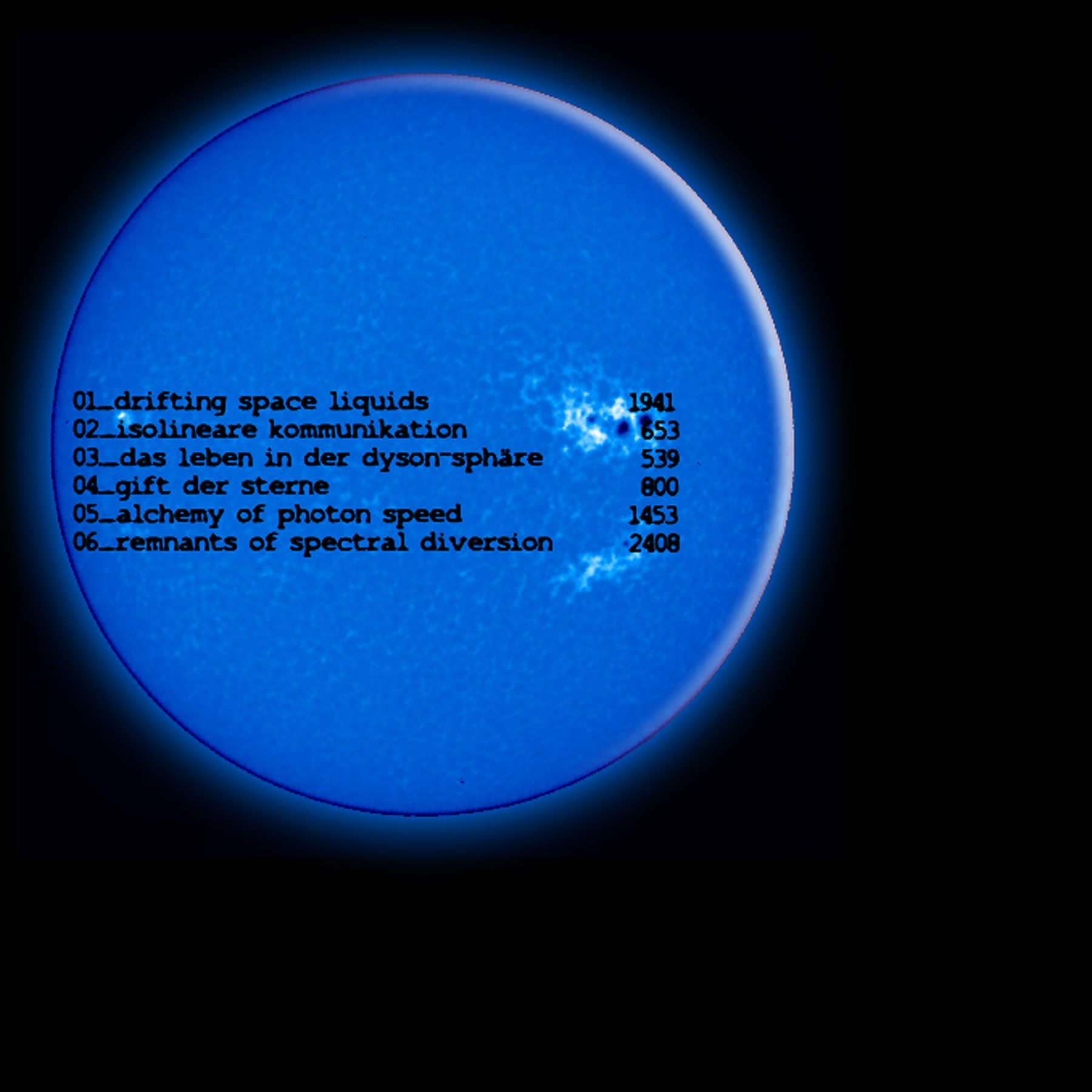 This album is entirely made of sounds from outer space, offered by astronauts communication, radio emission, cosmic noise ... heavily processed by electronic machines and organic philosophy.

The noises themselves are not interesting per se, but the composer lets them live and breathe.

Reminds me of the background noises during 2001 when the astronauts are trying to deactivate HAL and fixing the malfunction
Reviewer: mystified - favoritefavoritefavoritefavoritefavorite - September 29, 2004
Subject: Great!
Intelligently written and evocative of a great sense of mystery, this release should be listened to by all fans of ambient music and of soundscapes.